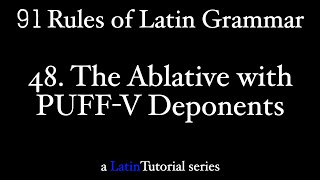 Rule 48: The Ablative with PUFF-V Deponents

There are five deponent verbs which take their object in the ablative case, rather than the accusative case. These are the PUFF-V, potior, utor, fruor, fungor, and vēscor, and this ablative is an ablative of means. In this video, we also explore more about what makes a verb deponent and why this ablative makes sense. 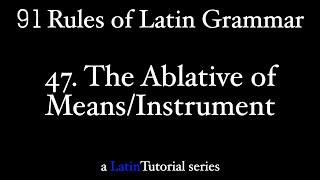 Rule 47: The Ablative of Means/Instrument 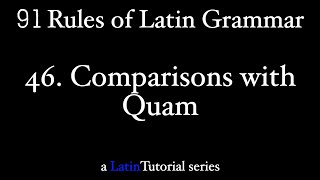 We will take a break from our review of the ablative case to look a bit more closely at comparisons. We previously had learned about how the ablative case can be used to show comparison, but quam, meaning "than", is much more common and useful in this regard. This video covers all the uses of quam with the comparative, and is meant to be paired with rule number 45, on the ablative of comparison. 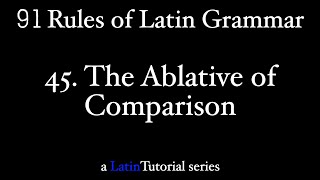 Rule 45: The Ablative of Comparison 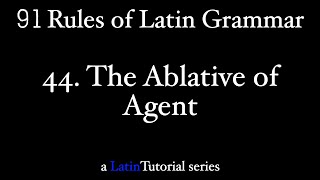 Rule 44: The Ablative of Agent 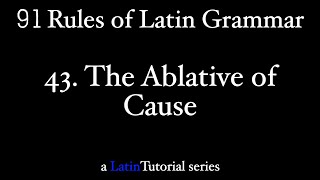 Rule 43: The Ablative of Cause

The ablative case can be used to show the cause of the action, in the sense of "we were praised because of our kindness". This stems from the ablative of separation, where the cause originates "from" a specific act, characteristic, etc. Also part of this ablative are the prepositions causā and grātiā, which take a preceding genitive, e.g., exemplī grātiā. 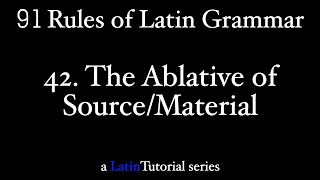 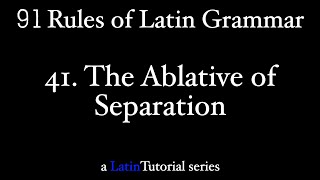 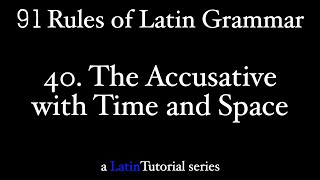 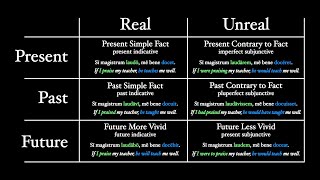